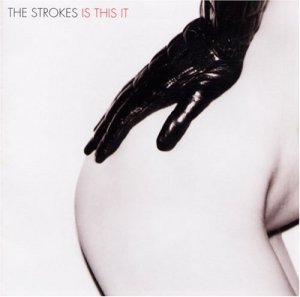 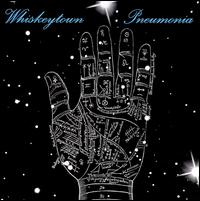 END_OF_DOCUMENT_TOKEN_TO_BE_REPLACED

Today we mourn the death of a great band, Led Zeppelin, at the hands of big bad Classic Rock Radio. Sure, you could look at a couple tracks on the following list like “eh, that’s not overplayed; I wish my station would play that one.” And that illustrates the point. The fact that we can all think of more than 10 Led Zeppelin songs that are so overplayed says something about classic rock radio. 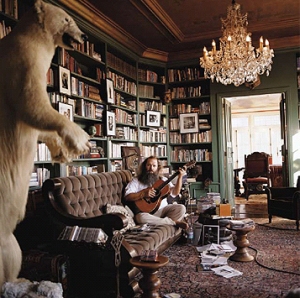 Actually, Rick Rubin’s Resume would be a cool name for a band, assuming he didn’t sue you. Anyway, wow. He not only has produced influential debuts from the Beastie Boys to LL Cool J to Run DMC to Public Enemy, but in the process proved that rock and rap could co-exist. He’s pretty much responsible for Johnny Cash’s late-career comeback and produced the flourish of albums at the end of Cash’s life. He produced a mid-career masterpiece for Tom Petty, almost all of the Slayer albums, and I think every Chili Peppers record since and starting with the classic Blood Sugar Sex Magik. He’s done solo/acoustic records for Neil Diamond and Jakob Dylan, alt-rock stuff like Slipknot, and produced the album that contains “Baby Got Back.” Most recently he got the unfocused and feuding Metallica to stop putting out crap and make a classic-sounding Metallica album and then produced a great rootsy folksy ditty for indie favorites the Avett Brothers. That kind of variety is what makes him incredible. He’s done everything at every end of every spectrum and everywhere in between and most of it is great. Sometimes all within the same year.

END_OF_DOCUMENT_TOKEN_TO_BE_REPLACED 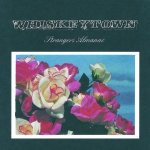 Keep in mind, these are just the ones that I love the best. NOT a list of the Most Important/Influential or what have you. Just my favorites. Some might be considered classic country, folk, alt.country, country-rock… doesn’t matter. I promise these are all great records. In no particular order, but numbered anyway. Ah screw it, I’ll give ya 11:

Ah yes, another no-name blogger weighing in on the best albums of the year. I know: you care. My Top Ten Albums of 2010 list contains 27 titles and includes live albums. It doesn’t contain a couple albums I probably loved and somehow forgot. Feel free to post your Top 10 of 2010 in the comments below.

THE BEST
The Roots – How I Got Over

THE REST
Mavis Staples – You Are Not Alone

John Mellencamp – No Better Than This

Josh Ritter – So Runs the World Away

The Roots & John Legend – Wake Up

Originally, I set out to compile my list of the Top 20 Albums of the Decade. The 2000’s. Or the Aughts. Yea, I guess we never got around to naming this decade and now it’s already ending. I thought I was realistic by not even attempting a Top 10 Best Albums of the 2000’s, but it turns out even 20 proved difficult. And once I passed 20, the albums just kept flowing and then I thought “okay, Top 40 would be good, since “Top 40” is sort of a tried and true phrase in popular music. Then I hit 50. OK, I’ll do a Top 50, why not! Then I got to 52 and beyond and finally just gave up and let myself list all the great albums I loved this decade and not worry about cutting any out just to keep the list at 20, 40 or 50. So I ended up with 65. Seems a bit excessive, sure. But it’s still only about 6 or 7 per year. And I easily could have added a few more. Actually, I could just call this a Top 50 Best Albums of the Decade list because they’re not numbered, and if you actually read through it and count the exact number of albums, I’m just glad you’re reading our blog.

Please add your Top 5, 10, or 65 favorite albums of the decade (or point out my glaring omissions) in the comments section. Now, on with the list…

Mos Def – Black on Both Sides (1999)
First album on the list and I’m already cheating. This one came out just a couple months before 2000, and is such a great album. One of the best hip-hop albums of all time, even if you don’t see it on such lists in the mainstream media. So why not kick off this list with the last great album of the previous century?

Aimee Mann – Bachelor No. 2, or the last remains of the dodo

U2 – All That You Can’t Leave Behind
It’s pretty easy to hate on these grandiose mega-stars, but this was and is a truly great U2 album made several years after most of us figured they’d never do it again.

Wilco – Yankee Hotel Foxtrot
This one would probably make the list even there were only 5 albums on it. Songwriting, atmosphere, and using the studio as an instrument without getting too cute or overdoing it. It’s all here, a classic peak from a great band.

Sonic Youth – Murray Street
This is how I love my Sonic Youth. This album and the three that have followed are all really good. I actually like this (and those other recent ones) more than their old classics. Blasphemy for hardcore SY fans and a nation of hipsters, I know.

Elvis Costello – When I Was Cruel

Bright Eyes – Lifted, Or the Story Is in the Soil, Keep Your Ear to the Ground

The Roots – Phrenology
A bit all over the place stylistically and a bit long, but still mostly brilliant. It’s like their White Album.

END_OF_DOCUMENT_TOKEN_TO_BE_REPLACED 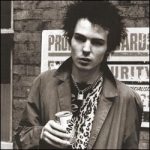 END_OF_DOCUMENT_TOKEN_TO_BE_REPLACED

1. Better Voice
The quirkiness of Dylan’s voice has been a long running joke. On some of his earlier works, his voice is fine. But lets face it, Dylan isn’t known for his voice as much as his known for his genius lyrical style and incredible songwriting. Neil, some say, has a horrible voice as well. I will not only disagree with that, but go as far as saying Neil has one of the most unique voices in music. From the falsetto of “After the Gold Rush” to the punkish chants of “Sedan Delivery”, Neil’s voice tops Bob’s on every level.

2. Better Guitar Player
Do I even have to explain this one? Again, Dylan is the greatest songwriter ever, but Neil is one of the best garage style guitarist’s ever. How many modern rockers emulate Neil’s feedback, mistake-laden style compared to Dylan’s standard folk strums?