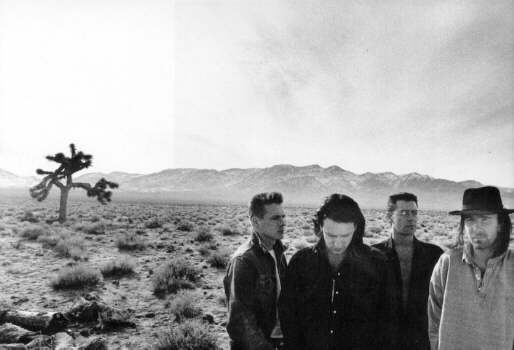 They had to go all the way out there just to make the guitars echo like that.

Perhaps the least-cool thing to do in 2011 would be to write an essay on the greatness of U2’s The Joshua Tree album from 1987. I mean, you might get away with singing the praises of 1991’s Achtung Baby, seeing as it’s getting the deluxe makeover remaster reissue bonanza for it’s 20th anniversary this year. And it might be cool to write about The Joshua Tree being terrible and overrated, because the contrary opinion always generates interest.

While Achtung Baby has, for a while now, become the consensus “Best/Favorite” U2 album (itself a contrary opinion once upon a time), The Joshua Tree is the pinnacle and quintessential U2 effort, an epic rock album and in my opinion the best album by this hate-’em-if-ya-want-to legendary band. The two albums certainly represent not only the band’s peak, but also the collective moment when they pivoted. One of my favorite Bono quotes is his description of Achtung Baby as “four men chopping down The Joshua Tree.”

Let’s skip all the peripheral items that don’t matter (Bono’s politics and charitable efforts, whether or not U2 is “overrated”), strip away all the hype and bullshit, and simply discuss the music.

I’ll start where the album starts: “Where the Streets Have No Name.” This is the ultimate U2 song. Maybe it’s not their “best” pure song, but it might be my favorite and their most representative track. If someone had no clue, if they came from the future or the past or from another planet, you could just play that song and say THIS is what U2 is. Play it loud. The way the intro fades in and soon engulfs you in The Edge’s spider web of arpeggio notes drizzling down on you from the delay pedal. And then the bass changes notes and pretty soon the drums come running and racing in and you are charging toward something.