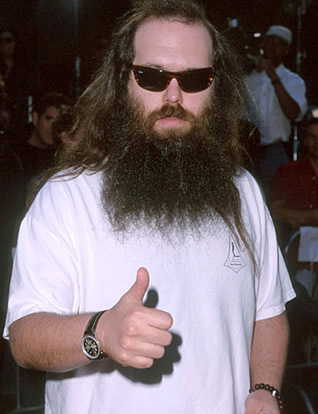 So Kobe sets up on the perimeter and Shaq works the post. Fisher, I want you to backdoor your pass from the foul line over to Gasol. And please make sure you write a bridge!

As readers of some of my previous posts might already know, there is nothing I enjoy more than correlating music with sports. Today I would like to ask this profound-yet-absolutely-meaningless-question:  Just how important is the coach to a team or a record “producer” to an artist when it comes to success?

Is George Martin the greatest record producer ever because he happened to be in the room during all of those Beatles recordings or because of his influence in that room? Is Phil Jackson the greatest coach who ever lived because of the triangle offense and his ability to motivate or was he lucky to have Jordan, Shaq, and Kobe? Would George Martin be able to get the same results with, say, a band like Strawberry Alarm Clock?  Would Phil Jackson be able to win a slew of championships with Kevin Ebanks and Manute Bol?

Most people aren’t one hundred percent sure of what a record producer even does. I am not sure if any producer really knows either because the job is more akin to being a creative consultant.

Hey Producer, look at this product we have and tell us what you think about it. Maybe you can comment on its looks, colors, and shapes and present us with some additional options we might like. You can even carouse us to think of some new ideas ourselves. Since we really respect your thoughts and past works we will assume you know what you are talking about.

Or someone might be called a producer for the simple fact that they helped finance a project. Rick Rubin gets paid to produce Metallica records, he doesn’t finance them himself. But if you see a listing for an “Executive Producer” on a band’s record then more than likely that person was simply laundering money from the profits of their cocaine business.

There is no real question as to what a coach’s role on a sports team is. The coach is the boss. The coach makes the team rules, sets the teams goals, teaches the players how to run plays and schemes, and when really good at their jobs will shield the players from any external distractions, whether they be personal or professional. You often hear younger players refer to their beloved coaches in a paternal fashion.  Some athletes will go as far as comparing their coaches to generals in the field with whom they “go to war with” and “battle” alongside. You think John Lennon spent his time praising the greatness of George Martin?

I am not here to downplay the role of the producer when it comes to great music. A great producer (like a great coach) can take mediocre talent and extract greatness from it. Just listen to any Dr. Dre produced album: you might not like the songs or even the style of music but you will without a doubt respect how good it sounds (i.e. well produced). Would Dark Side of The Moon be the same legendary album had Alan Parson’s not help produce it? Probably, the same way those Jordan/Pippen teams of the 90’s probably would have still won championships without Phil Jackson. The 98 Yanks would’ve won the World Series with me as their manager.

What about when a good producer does a bad thing? I, of course, am referring to Clive lets-make-up-for-30-years-of-ignoring-the-classiest-most-interesting-guitar-player-on-the-planet-by-producing-a-made-for-the-masses-crossover-singles-album-with-today’s-young-pop-stars Davis. Supernatural sold 700 billion copies and made Santana a house hold name (…again…if it wasn’t already–which is a shame unto itself). Look, I love and respect Carlos Santana perhaps more than any other guitar player alive today but the fact that “The Academy” only got around to giving him Grammies for that Clive Davis-produced-shitfest vs. anything he did in the 70’s is ludicrous. Clive Davis has an amazing history of evaluating and discovering talent.  But Mr. Davis took an artist known for one thing (incredible musicianship and fusion of styles) and turned him into another (pop rock artist). And Carlos went along for the ride, so he should be called out on that to some degree as well.

I do feel that within the athletic world the role of a coach has a much more influential role than a good record producer might have. The band (usually) still writes their own songs, but players rarely draw up their own plays (unless they are the Brady, Mannings, and Kobes of the world). In this day-and-age you hear about the miraculous one-year-turnaround in sports rather frequently. A team is 4-12 one season, hires a new coach and go 12-4 the next with relatively the same talent. When was the last time Rick Rubin took a band that was horrible and made them great? He took a band that was on the cusp in the early 90’s and transformed them into megastars, but the band was good before he got there. He just made them better. Nigel Godrich has masterfully produced numerous Radiohead albums, but couldn’t do shit when presented with The Strokes.

The debate is never-ending and completely circumstantial. Sometimes a great coach can win with a good team and sometimes a producer can fail with a great band. And vice versa. The interesting aspect of all this is how the coach and the record producer share a very similar role in their respective fields: to collaborate and extract great performances. And in both fields each will sometimes get too much praise for success or too much ridicule for failure (athletes must execute plays and musicians must write good songs). In the end though, I would much rather sit in a control room with Macca discussing the merits of adding a french horn to the bridge than writing X’s and O’s on a chalkboard trying to figure out how to stop Aaron Rodgers from dissecting my secondary.