Every time I listen to a new Flaming Lips album, I question if I really enjoy listening to vacuum cleaners faxing each other.

Considering the Flaming Lips never sound like they are in, or of, the real world, there are times on their new album when the “music” sounds like alarms going off and welders working in machine shops.

The oscillating fans drop their front cages and fall crashing down to grind their blades into the carpet when singer and Flaming Lips mastermind Wayne Coyne starts singing “ooooh… aaahhhh….” I’m not sure I heard any lyrics. These aren’t so much songs as they are fleeting droning dreams, or perhaps nightmares given the album title of The Terror.

None of this is surprising, given the Flaming Lips history of at-times brilliant albums that are also sometimes too weird for their own good. These Lips have always moved faster than our brains. So I was giving The Terror another listen… and at one point wondered “is this still the intro?” and so I clicked over to check and I was 24 minutes in.

END_OF_DOCUMENT_TOKEN_TO_BE_REPLACED

In the annals of rock and roll history there have been numerous groundbreaking and important albums released, way too many to mention in a short list here. “Game changers” from Sgt. Peppers to Enter the 36 Chambers are discussed, disputed, diluted and written about ad nauseam. From talking heads on VH1 (and bloggers such as us) to the employees of record and music stores worldwide, there are oft agreed upon standards of excellence that these records have established. You will be hard pressed to find someone who doesn’t at least appreciate the significance of OK Computer or the influence of London Calling.

In the past thirty years or so you can probably list quite a few records that are “instant classics” in various genres (again, won’t even try to start naming them). But over time I am starting to get the feeling that the wrong album is being championed to the forefront of “alternative” rock classics: Nirvana’s Nevermind.  Now before I go on let me please state that I am a fan of the band and the album and in no way, shape, or form am I trying to devalue the record’s greatness. Like many other classic albums, it’s pretty much agreed upon that Nevermind was a game changer. The issue is, I think people are forgetting that perhaps an even greater and more influential album was released a few years earlier than Nevermind. An album that in hindsight seems almost more groundbreaking than it did when it was first released. An album that, unlike the claim by many that Nevermind was the “death of hair metal” actually was the beginning of the end of it. The album I am referring to is Jane’s Addiction’s Nothing’s Shocking.

Let’s go back to the mid-to-late-80’s when anyone on the wrong side of U2 and REM were pretty much reaching the end of their runs in the musical spotlight. Hair metal had taken over “real” metal as the most popular form of hard rock entertainment. While the salad days of hip hop were beginning, the end was near for bands like Poison, Ratt, and Motley Crue. Metallica was the lone wolf in the hard rock realm still holding on to the glory years of 70’s British New Wave of Metal while forging new ground (and a genre) with thrash. But girls didn’t really listen to Metallica. You still made out to power ballads by Warrant and if you were lucky, some slower Van Halen songs.

END_OF_DOCUMENT_TOKEN_TO_BE_REPLACED

There are certain albums–for example, the Beastie Boy’s Hot Sauce Committee Part Two–that you can listen to while doing mindless tasks and still enjoy the music. It’s “party” music. Other albums require you to be in a certain head space to absorb them. Tame Impala’s Innerspeaker is one of those albums (I will never forget when my younger self put on The Wall during a beach trip with my brother, who subsequently turned it off while insisting, “this isn’t beach music!”).

I was (illegally) sent a copy of Innerspeaker–the bands debut album–by a close friend who’s musical tastes often coincide with mine. And when they don’t, he still has a pretty good grasp on knowing what I might find interesting and within my stylistic preferences. Tame Impala is a band he thought would fit that mold…and he was 100% correct. His selling points were: great vocal harmonies, cool production, catchy songs, and oh yea, the singer sounds just like Paul McCartney. He was right about everything except the singer doesn’t sound like Macca…he sounds almost identical to John Lennon (and that is not a bad thing in my book).

Upon my initial listen, I will admit that it took me some time to get over that fact: holy shit, this guy really sounds like Lennon! I played some songs for friends under the guise of, “you gotta hear this singers voice!”  Then after a few more spins I started to find myself singing the chorus’ for days on end and studying the production (Dave Fridmann–mostly of Mercury Rev and Flaming Lips fame–mixed the album). Innerspeaker was really starting to grow on me.

END_OF_DOCUMENT_TOKEN_TO_BE_REPLACED 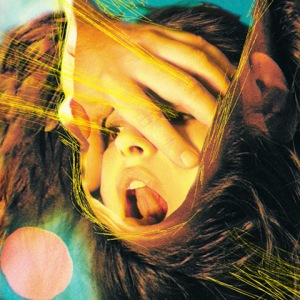 Before I begin writing this review, I have to give full disclosure and admit that I showed up late to The Flaming Lips musical masquerade party. I missed out on “She Don’t Use Jelly,” The Soft Bulletin, and everything else. For years, the band orbited around my auditory peripheral vision, mostly from friends telling me how much I would love them due to their obvious Syd Barrett/Pink Floyd undertones and Butthole Surfers sensabilities. It wasn’t until I finally gave them a chance with Yoshimi Battles the Pink Robots that I realized my friends were right all along.

By 2009, The Lips had grown into a much more popular band than anyone could have envisioned in their earlier years. With the success of the song “Do You Realize,” the critical acclaim laid on them for The Soft Bulletin, and their mesmerizing, legendary live shows, they had become one of the few that could easily headline Lollapalooza, Bonnaroo, July 4th on The Mall, Coachella, and your backyard BBQ. Their music appealed to a wide array of listeners, much like Janes Addiction’s did before them. Hippies, folkies, metalheads, and hipsters alike were all on The Flaming Lips bandwagon. They were a fun, psychedelic, experimental, punky-meets-jam band with catchy songs about death, and a singer who dances atop the audience inside of a see thru ball. What’s not to like?

So what did the band do at this point of their now well over 20-year career? They released Embryonic, perhaps their most inaccessible album since Zaireeka.