Assessing instrumental music can be an especially challenging endeavor for some reason. Seems more difficult to wrap our heads around this stuff, perhaps because we’ve been trained to rely on labels and descriptions and an overt “this is what it’s about”-ness that is often provided by the lyric as well as the vocal performance of those lyrics.

One might try to argue that it’s “easier” to write/record great instrumental records, because you don’t have to finish it. You don’t need to write words or find a good singer. But the flip side (there’s always a flip side) is the challenge of holding a listener’s attention with just instrumentals. And nothing here sounds “unfinished” by any means. I’m a fan of the kinds of albums flexible enough for a roadtrip or for sitting around a fire, indoors or out. And many instrumental albums fit that bill, the kind of records that are welcome company on both Saturday nights and Sunday mornings. We’ve not included jazz or classical for the purposes of this list, only because they are obviously major genres of their own and their most famous works would easily fill several Top 10’s before we got to any of the other “instrumental albums” we’ll be listing here. And, with apologies to Jeff Beck and King Crimson and Dick Dale, this is not a comprehensive list of the most important or influential instrumental recordings, simply my favorites.

Peter Gabriel – Passion: Music from The Last Temptation of Christ
One impetus for making this list was Peter Gabriel’s Passion, the music he did for Martin Scorsese’s film The Last Temptation of Christ. At the time (and since), Gabriel was known as the man who made hits with his “Sledgehammer,” the former Genesis singer who’d given us quirky modern pop gems like “Games Without Frontiers” and “Shock the Monkey.” By the time John Cusak lifted that boom box above his head and blasted Gabriel’s “In Your Eyes” in the movie Say Anything, it was obvious that Peter Gabriel was capable of being a goose-bump giver. [And yes, Cusak’s character lifted a boom box over his head with intentions of impressing and winning over a girl.]

Enter Scorsese and his bold new film project based on the book by Nikos Kazantzakis. The subject matter and hype around the movie passed for controversial at the time (portraying Christ as a human man I guess? Is that what the fuss was?), but the film itself turned out to be a beauty, for those of us not offended. And the ebbs and flows of the film are not only captured and accentuated by Gabriel’s rustic, tribal score, Passion can stand on it’s own as a musical work, it’s pacing and dynamics worthy of repeated listenings whether you’ve ever seen the film or not. Interestingly enough, Passion managed to not only further popularize world music, it also landed a Best New Age Album Grammy award.

Sly & Robbie – Dub Revolutionaries: Sly & Robbie Meet the Mad Professor
Once upon a time, the words “sick” and “ridiculous” came to be synonymous with what we used to know and refer to as “awesome” or “killer.” I’m not sure when or where this happened, but I’m pretty sure this album was playing in the background. This is the kinda shit that’ll make you black out on a long late-night road trip, and I mean that in the best possible way. If you want throbbing reggae beats with dubbed out production that dazzles when it’s not hypnotizing, you need to get with this.

Explosions in the Sky – Take Care, Take Care, Take Care
This was the other album that got me thinking about instrumental music and pushed me to try formulating this list. Interestingly enough, though these instrumental rockers have been around for a few years and albums, this new one is the only one I’ve heard. I’ll be sure to check out their other stuff, but this six song set rocks with a dynamic pacing that never bores.

Bill Laswell/Bob Marley – Dreams of Freedom: Ambient Translations of Bob Marley in Dub
Legendary producer Bill Laswell had access to all the original tracks from Bob Marley’s catalog, so when a bass line drops you know it’s legit. Working that rarefied air between dub remixes and ambient electronica, with the potentially blasphemous Marley canon has his canvas (and paint?) Laswell manages a mellow groove that never taints the original. It’s the kinda thing that looks like it can only fail on the surface, but somehow it works with stunning results. This album will make you float. 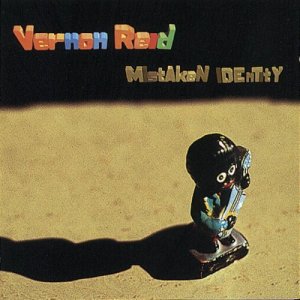 DJ Shadow – Endtroducing
Eerie melodies work beneath the surface of this hip-hop collage that managed to work the fundamentals of many musical styles into an album that helped launch the art of DJ’ing into a respectable musical art form beyond the boundaries of rap.

Santana – Caravanserai
OK, so only 7 out of the 10 tracks on this are instrumental, but we’ll include it here anyway. After storied success with their first few albums, 1972’s Caravnserai signaled a shift toward more jazz-rock musicianship and less hit singles for Santana, but this is still a giant gem to be treasured.

Lennsakata:  To make up for the unlikelihood of a hip hop album on that list, I’d argue for J Dilla’s Donuts. [Also, I think this may be for another list, but I think DJ mixtapes are technically “instrumentals” because it’s about the instrumentality of the turntables, not the lyrical content. So, under those parameters, I would include “Five Deadly Venoms of Brooklyn.” Again, though, I think that’s for another top ten.]

Jr.Worthy:  While it is not totally instrumental, I really like the soundtrack to Ocean’s 13. David Holmes has some really great tracks plus a few other artists that make the entire album a strong collection.

Bear:  As someone who still listens to Reid’s Mistaken Identity, I would not call that an instrumental record. There is way too much vocal work. From English rhymes, Japanese rhymes, dancehall to Larry Fishburne. It’s more of a complete album. But if you consider that instrumental, then I would put Low by David Bowie the list. If you want to stare out your window and watch the rain, put on side two.

And if we talk about scoring then I would say these three soundtracks for the power of the music. The music just added so much personality and emotion to these flicks. I could listen to these soundtracks everyday:
1. The Thing – distrust and the inevitable.
2. Halloween – fear
3. Escape from New York – for letting the listener understand that Snake is just a fucking bad ass.

And what about the soundtrack to Star Wars? Williams wrote fantastic music for that flick.