This logo is as unimaginative as the playlist.

Since your station announces that it’s family owned and locally operated (with the tag line bragging “Programmed IN Baltimore, FOR Baltimore”), I figured you’re not some computer-generated playlist mandated from a corporate office and you’d enjoy some feedback.

It seems you have a borderline-obsessive fascination with The Eagles, Steve Miller Band, and Bob Seger. It’s not healthy, and it’s starting to hurt my ears. They’re not the absolute worst bands in the world, and I realize that as a Classic Rock Radio station you should offer them on your menu. But playing them each twice an hour is a bit much. I don’t care what your records and logs might say, I swear every time I get in my car, the next song is the goddamn Eagles. Hey, I like a bunch of Seger’s tunes, but jeez, do people really want to hear him that often? Can you please start giving some of his carries to John Mellencamp and Tom Petty instead? And most of Steve Miller Band’s stuff is just way overplayed considering it was never really that great.

Also, I wanted to let you know that both the Rolling Stones and Led Zeppelin have more than 5 songs each. Seriously. You should really check out their whole catalog, you’re gonna love it. Again, I realize that the Stones and Zeppelin are your bread and butter (and rightfully so) but can we go a bit deeper than Stairway and Satisfaction? I know you already murdered Led Zeppelin years ago, but it’s not too late to breathe some life back into them.

I do need to thank you for reminding me how good some of those songs by Heart in the 70s were. And I forgot how bad their mid-80s stuff was, so please stop playing “What About Love,”  “Never,” and “These Dreams,” and stick to the “Baracuda” and the one about the guy with the magic hands. Oh, and I really appreciate you letting me know that Journey and Lynyrd Skynyrd had a baby named .38 Special. Congrats.

Speaking of Skynyrd, we could all use a little less “Freebird,” and none of us want to hear about that smell. How bout some more Allman Brothers (but please, not “I’m No Angel” by Gregg Allman. Did anyone ever think he was?). How about some more Santana and CSNY and less Boston and AC/DC. And please stop wasting so much time on Kansas, Supertramp, Styx, Foreigner and ZZ Top and give us more old Van Halen and The Police (true fact: “Every Breath You Take” and “King of Pain” are NOT their only two songs!).

Hey, did you know that Bruce Springsteen has written more than just the song “Born to Run” and the Born in the USA album? I don’t think you do. Apparently, your favorite Bruce song is “Cover Me,” which is ridiculous cuz even Bruce fanatics think that song sucks. “Glory Days” and “I’m On Fire” were okay the first few thousand times, but considering you play Bruce so rarely, don’t waste those brief moments on crap like “Pink Cadillac” and “Dancing in the Dark.” Play the old shit, and not just “Born to Run.” [Oh, and you can’t skimp on the Boss and then turnaround and keep playing “On the Darkside” by John Cafferty. Please.]

I do kinda appreciate the crackling snare sound and of an old Bad Company song. There’s something about that crap blasting out of car-radio speakers that just sounds like nothing else. I don’t hate classic rock, I just hate Classic Rock Radio. Sorry to be so blunt, but if you’re gonna tout yourself as “locally programmed” you should be ready for this type of feedback when you force feed us fast-food playlists that barely scratch the surface of potential that Classic Rock Radio could achieve.

We’re tired of Boston; and Meatloaf is terrible. Take out all the Jimmy Buffett and add some Grateful Dead songs not named “Touch of Grey” or “Casey Jones.” Van Morrison has other songs besides “Brown Eyed Girl.”

None of us fucking like Jethro Tull, so just stop playing it. Have you ever heard of Little Feat or Sly and the Family Stone? And, now that it’s 20+ years old, I think it’s okay to start playing Pearl Jam, Red Hot Chili Peppers, the Black Crowes, Elvis Costello, and more U2, Pretenders, and Talking Heads. No one will confuse you with some fringe alternative station, I assure you. And if Jane’s Addiction and Soundgarden get too loud for the older crowd, mix in some Janis Joplin and Paul Simon. Have you ever heard of them? 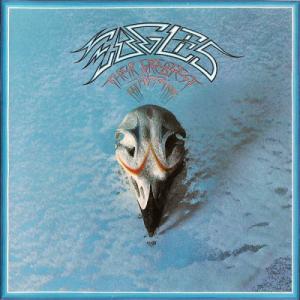 I don’t think I’m asking for too much. I’m not asking for obscure artists that no one’s heard of. Even some tried-and-true artists like Jimi Hendrix, the Beatles, and the Who don’t seem to get that much play (especially considering the heavy rotation of Eagles/Seger and those same 5-10 Stones/Zep songs). You’ve probably heard of Bob Dylan. He’s got a LOT of great songs and yet the only one you ever play is that one where everybody must get stoned. But you keep buzzkilling us with these bland played-out playlists of classic shlock.

It sounds like you’re just replaying that Top 100 Classic Rock Songs of All Time list you trot out every 4th of July. Every day. Please… for the sake of our ears and sanity, and for your own survival as a radio station, in the words of one your favorites Bob Seger, turn the page.